First, let’s start with the basics of how to make it easier to install our games by getting

The Aurora Dashboard on our Xbox360 Jtag.

1- start with this video below is the first step

The Aurora Dashboard is the latest and most currently supported custom Dashboard for hardmodded Xbox 360 consoles. This tutorial will cover how to download and install Aurora for any first time users, as well as a rundown of some basic functionality. Along the way this video will also include XeXMenu and DashLaunch installations, in order to copy over the initial files and configure Aurora to be the console’s default Dashboard. Having a custom Dashboard is an absolute must have item for any JTAG or RGH owner, as some of the awesome added features include, but aren’t limited to:

Start with this video

Here is the Links for the Tools been used

This video has been made with Fair Use in mind and has been created as an educational piece of media.

This guide will show you how to inject Demos, Arcade Games, APPs, DLCs

1.Configure your 1gb+ usb drive for xbox 360 use if not already configured. If you want to skip some steps copy a gamer picture or theme to the usb so it creates the folders.

Insanenutter has created a tutorial for configuring a usb drive.
How to configure a USB memory stick to be used as Xbox 360 storage (Saves & Profiles)

3a.If you have the content and zeros folder you can skip to #6.

6.Select the 0000000000000000 folder.Right click in the right side of the program then select inject folder.Select the extracted folder of the demo, arcade game,app,ect.

Usually the right folder to inject is

7.It may appear the program is frozen or crashed that is normal.This is what it looks like when the demo,app,arcade game is injected properly.When it is unfrozen you can close the program and safely remove the drive.

It lets you see your content, and manage it, content that it is aware of is:
XBLA, DLC, Title Updates, and Game Saves.

XM360 Unlock your XBLA and DLC

As you know xbox can run games in 3 Formats God. ISO and XEX, for best sue most of the time is XEX here how to convert.

Xbox 360 XISO Extract is a tool capable of extracting an Xbox 360 ISO’s to files and folders, then FTPing the extracted ISO directly to a Jtag or RGH hacked Xbox 360.

This is a GUI for Exiso, made by the person who created Exiso, so it’s neat, easy and will make your Xbox 360 ISO extracting life easier, this is hands down the best thing out there, especially if you don’t like messing with the command line, which lets be honest who really enjoys that? 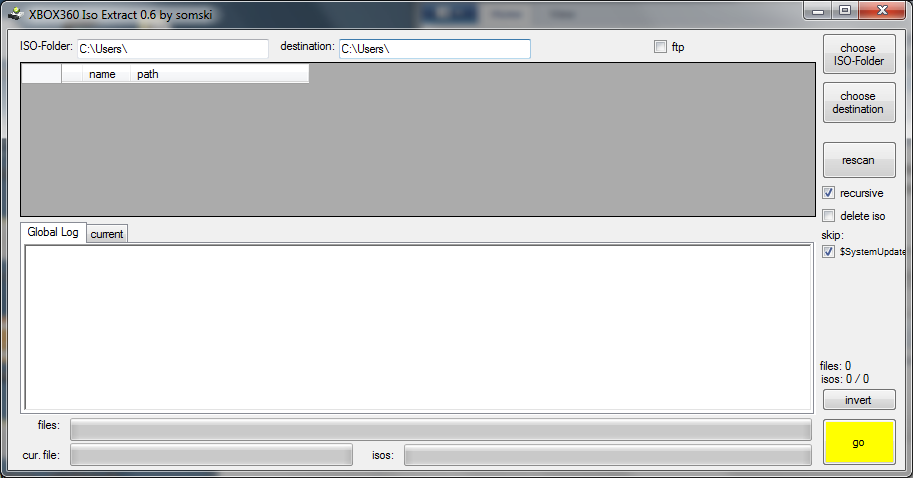 If any Xbox 360 security update comes in the future such as XDG3, just update Exiso and you are perfectly fine to continue extracting Xbox 360 ISO’s with Xbox 360 XISO Extract

On a personal note, I’ve never had the FTP thing work for me, but I use FileZilla anyway thanks to InsaneNutter’s hint on multiple file transfers.

What’s new in this version of Xbox 360 XISO Extract:

Aside from its ability to help you manage and obtain title updates 360MPGui can also extract ISO’s, create ISO’s and provide information on the game, such as the dashboard version it requires to play and the region it is locked.

The tool also has the ability to manage arcade games / DLC and unlock them for use if required.

Xbox Image Browser allows you to browse the contents of Xbox 360 XISO’s and extract the contents of the ISO. Useful if you want to play your game collection off a USB hard drive on your jtag hacked console.

The contents of an ISO: 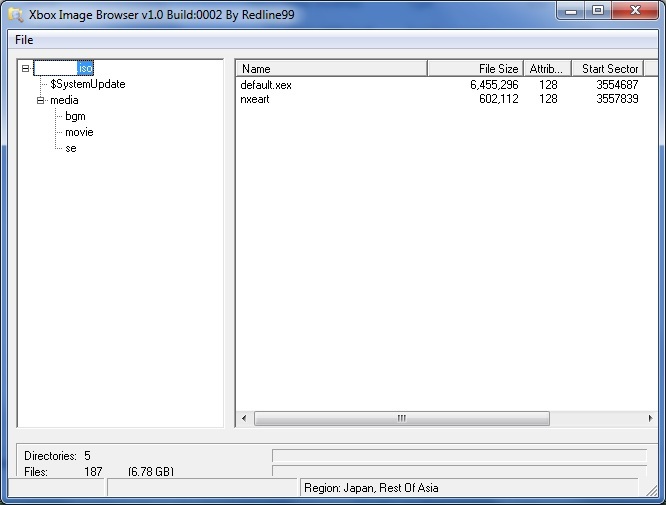 How to use Xbox Image Browser:

This application is basically the same one embedded in Xbox Backup Creator.

Note on modern versions of Windows if your getting an error in with mscomctl.ocx, this is how to fix it.

For 32bit versions of Windows 7, 8 and 10 MSCOMCTL.OCX must be copied in to C:\Windows\system
Run command prompt as Administrator and ether type or copy and paste this in:
Regsvr32 c:\windows\system\MSCOMCTL.OCX

For 64bit versions of Windows 7, 8 and 10 MSCOMCTL.OCX must be copied in to C:\Windows\SysWOW64 folder.
Run command prompt as Administrator and ether type or copy and paste this in:
Regsvr32 c:\windows\SysWOW64\MSCOMCTL.OCX